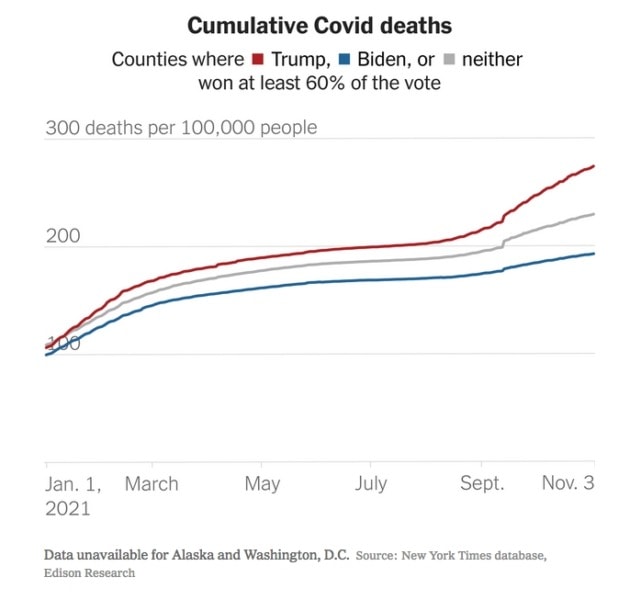 U.S. Covid Deaths Get Even Redder

Stephan:   The MAGAt anti-vaccinate death cult continues to hold great sway particularly in Red states, and the social outcome data makes this very clear. How stupid do you have to be to choose not to do something that can protect you from dying?

And now the anti-vaxxers are turning on other vaccines, so in the Red states I predict you will see increases in things like Measles and other childhood illnesses.

Conservative areas tend to be older, less prosperous and more hostile to mask wearing, all of which can exacerbate the spread or severity of Covid-19. Liberal areas, for their part, are home both to more busy international airports and more Americans who suffer the health consequences of racial discrimination.

But it turned out that these differences largely offset each other in 2020 — or maybe they didn’t matter as much as some people assumed. Either way, the per capita death toll in blue America and red America was similar by the final weeks of 2020.