Disclosure: This post (probably) contains affiliate links. If you click on one, I may make a small commission. Of course, this will come at no extra cost to you and helps keep this site running.

After several weeks exploring Sicily, I thought I knew what to expect from the beautiful Italian island. But a day trip from Trapani to the little hilltop town of Erice quickly proved me wrong. Gone were the grand Baroque buildings and pastel coloured buildings. In their place, stone as far as the eye could see and the feeling that the Middle Ages had never really left. No matter how much you think you know a destination, there’s always something new to discover.

Erice had always been part of my plans for visiting Trapani. Friends had recommended both plans and the idea of visiting an old-fashioned hilltop town always sits well with me. Trapani, while a nice place to stay in Sicily, turned out to be not as exciting as I had hoped. That wasn’t a problem though with Erice and I spent the better part of a day wandering about here and admiring its phenomenal views. Here’s what it’s like to visit Erice as a day trip from Trapani and what sets it apart from other places I went in Sicily.

To understand what makes Erice worth visiting, it’s best to start with a quick introduction to the town in general. Erice sits on the west coast of Sicily at the top of Mount St Julian and overlooks the coastal city of Trapani. The town is accessible by road, hiking paths and a cable car, but is best explored on foot, as it’s not very large.

Erice was originally built by the Phoenicians, destroyed in the First Punic War, and later rebuilt. The town reached its height of importance during the Arab-Norman period due to its strategic military position and visibility of the coast. However, Trapani eventually overshadowed Erice, leaving the town with a medieval look and feel that’s endured to this day.

I’d argue that the town has a much stronger medieval feel than anywhere I visited in Sicily. In that sense, Erice reminded me more of places in mainland Italy like Assisi, despite their significantly different histories. So if you’re looking to experience a medieval destination in Sicily, then this well-preserved town is a solid choice.

No matter how you reach Erice, the first thing you’re likely to encounter there is a gate through the city walls. Three city gates provide entry into the fortified town, but the Porta Trapani is the one most will use. That’s because the Porta Trapani sits just up the hill from the cable car and boasts the town’s main car park as well.

The town’s gates and walls all date from the 12th century, with the Normans building upon the remains of the town’s ancient defences. There are some sections over near the Port Carmine that do actually date back to the 8th century BC from the Elimi-Punic period. Be sure to walk along there because you really do get a sense of the difference.

Stepping inside the walls of Erice you’ll find that the town isn’t especially large, but what it lacks in size it makes up for in character. Like so many towns around Europe, the decline of Erice meant that it was sparsely developed and modernised. This means that it has kept its narrow cobblestone streets and many of its old stone houses unchanged. In fact, at times it feels like you’re completely surrounded by stone.

As with any self-respecting Italian town, you’ll find several churches in Erice. The standout to me was the Chiesa Madre above due to its Gothic architecture and neighbouring bell tower. Beyond churches, there weren’t too many standout landmarks around town. That means you’re free to focus on wandering its minor alleys and admiring the variety of homes along them. Some homes even have vibrant tiles around the doorway, which felt like a distinctly Sicilian touch.

With Erice’s hilltop position outside of Trapani, you better believe it offers some stunning views. Coming up to Erice on the cable car, you’ll have gotten a taste of what to expect, but that’s really only just the start. As you walk around the south side of the triangular town you continue to get extensive views back to Trapani, allowing its salt farms to become more and more obvious. The other feature though that comes into view when looking west is the Egadi Islands, depending on how bad the summer haze is.

No less impressive are the views from the far side of town. Head to the northern end of Erice by the Porta Spada and the Quartiere Spagnolo fort and you’re treated to some awesome coastal scenery. Not only can you see the rippling shoreline with its beaches, but also the giant and sudden shape of Monte Cofano jutting out into the water. Honestly, the views from Erice are worth the day trip on their own.

When it comes to landmark attractions in Erice, none rival the noteworthy Castello di Venere. While there is a second castle, the smaller Pepoli Castle feels like a footnote compared to this main Erice castle. This dominant fortress sits upon rugged cliffs at the eastern corner of town. The name Castello di Venere translates as Venus Castle, referring to an ancient temple to Venus upon which the castle was built.

Although it looks quite imposing from the outside, I wasn’t too fussed about visiting inside the ruins. Reviews made me question whether it was worth the price of admission, especially with a free view outside.

While Erice Castle is certainly a delightful sight, the landmark’s romantic setting definitely deserves some of the credit. Just up the hill from the castle lies the verdant and tree-filled Garden of Balio, a tree-filled park that lends the castle a vibrant backdrop. This hilltop garden, together with the ivy creeping over the castle’s towers, gives Erice Castle a fairytale feel. Besides superb viewpoints that extend either side of the castle, the garden also has walking paths, benches and a little cafe/bar.

So, what do you need to know to visit Erice?

Let’s start with getting there, as that’s kind of important. Unless you’re driving, it’s best to start a trip to Erice from Trapani. The cable car (funivia) runs daily from the far eastern edge of Trapani right up to Erice and takes around 10 minutes. A round trip ticket now costs 9.50€, which is already more than what I paid in 2019. No idea what the cost of all-day parking is in Erice, so I’m afraid I can’t help with comparing prices.

The other consideration to think about when visiting Erice is accommodation. Now, I stayed down in Trapani and visited as a day trip, but there are lots of places to stay in Erice as well. If you really want to embrace its medieval small town feel, then that might better suit your trip. 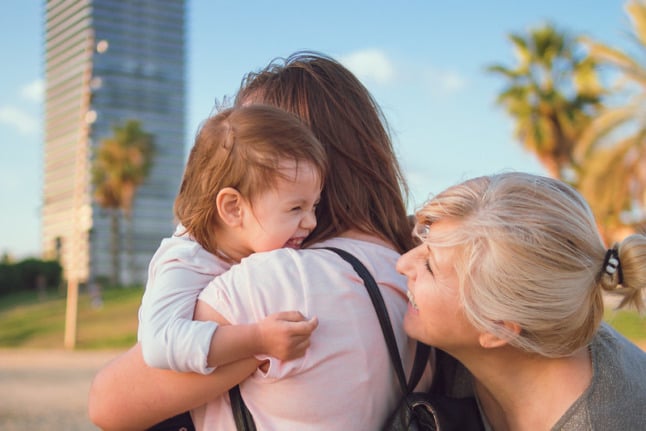