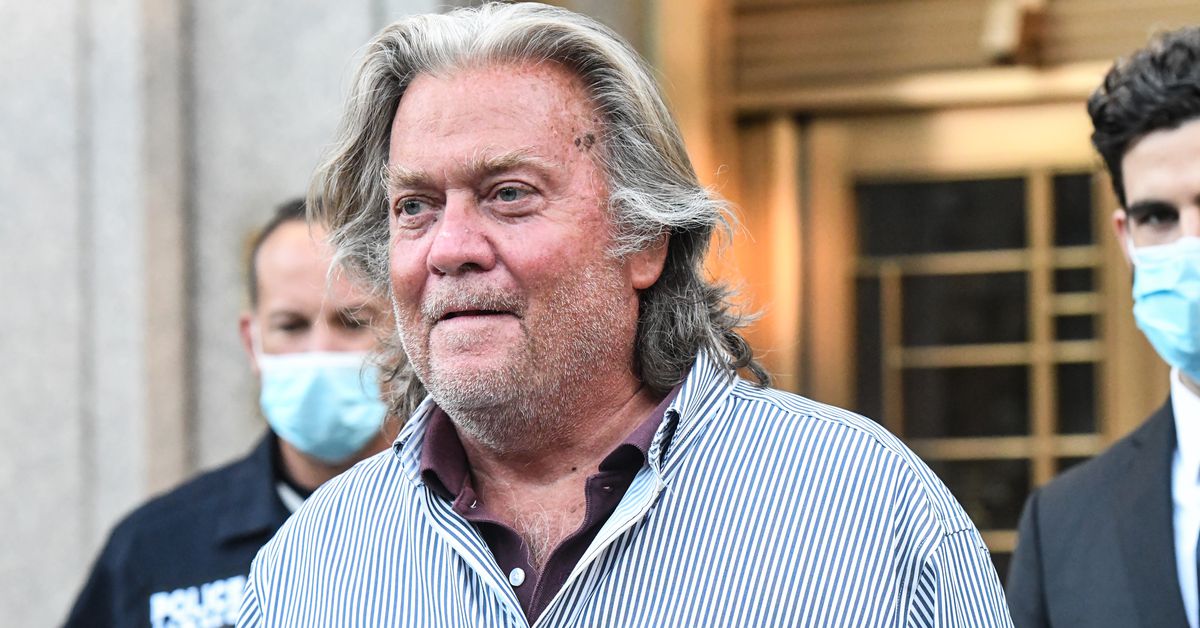 The House select committee investigating the January 6 attack on the US Capitol will vote Tuesday on whether to hold Steve Bannon, an adviser to former President Donald Trump, in contempt of Congress for refusing to comply with a congressional subpoena.

The result of the vote will determine what further action the committee can take to secure testimony from Bannon about his role in the riot, and how much Trump knew about or encouraged the attacks. It will also help determine the efficacy of Trump’s claims of executive privilege over his conversations with Bannon, who had no role at the White House after 2017, and other aides, as well as over documents the committee has requested from the National Archives.

Bannon, along with former Trump officials Mark Meadows, Dan Scavino, and Kash Patel, was subpoenaed by the committee in late September. Of the four, only Bannon is currently facing contempt proceedings — potential depositions for Meadows, Scavino, and Patel have been delayed.

Should the committee vote to hold Bannon in contempt — which it is almost sure to do, as a bipartisan majority on the committee has indicated they would take such measures to secure testimony — it would also signal the renewed power of a congressional subpoena, which members of the Trump administration repeatedly flouted during his tenure.

“This potential criminal contempt referral — or will-be criminal contempt referral for Steve Bannon — is the first shot over the bow,” Rep. Adam Kinzinger (R-IL), who serves on the committee, told CNN’s Jake Tapper on State of the Union Sunday. “It’s very real, but it says to anybody else coming in front of the committee, ‘Don’t think that you’re gonna be able to just kind of walk away and we’re gonna forget about you. We’re not.’”

Rep. Adam Kinzinger, who serves on the Jan. 6 committee, says it’s appropriate for Pres. Biden to say the DOJ should prosecute those who defy congressional subpoenas.

“It’s appropriate. The President has every right to signal and make it clear where the administration stands.” pic.twitter.com/BuL7jiOO9K

If the committee does vote to move forward with contempt proceedings, the motion will then go to the whole House for a vote to determine whether Congress should refer the matter to the Justice Department. That vote, which could come as soon as this week, is also likely to succeed, according to Politico’s Betsy Woodruff Swan and Kyle Cheney.

What the Department of Justice will decide to do from there, though, is a bit more opaque.

“The Department of Justice will make its own independent decisions in all prosecutions based solely on the facts and the law. Period. Full stop,” DOJ spokesperson Anthony Coley said Friday in response to Biden’s suggestion that the DOJ should prosecute Bannon and others who defy congressional subpoenas.

Bannon’s defiance is creating such an uproar because his testimony could prove particularly significant to the committee. He reportedly spoke with Trump in late December prior to the insurrection and urged him to focus his varied efforts to overturn the 2020 election on January 6, the day Congress convened to certify the election results. As CNN reported in January, Bannon also told listeners of his podcast War Room on January 5 that “All hell is going to break loose tomorrow.”

Should Bannon be held in contempt of Congress, consequences could include, potentially, jail time, but only if the DOJ pursues charges against him. Technically, according to Reuters, Congress also has the authority to arrest witnesses who refuse to comply with subpoenas, without the involvement of the DOJ. That hasn’t happened in nearly 100 years, however, and it’s unlikely that Congress will pursue this tactic.

“Until such a time as you reach an agreement with President Trump or receive a court ruling as to the extent, scope and application of the executive privilege, in order to preserve the claim of executive and other privileges, Mr. Bannon will not be producing documents or testifying,” Costello wrote.

Steve Bannon team has fired off another letter to Jan 6 committee repeating that they will not cooperate citing Trump executive privilege claims. Letter obtained by @ABC below —-> pic.twitter.com/BU0F9MuFv0

In addition to Bannon and other Trump officials, the committee has also issued a subpoena to Jeffrey Clark, a DOJ official who backed Trump’s false claims of voter fraud. Trump attempted to install Clark as acting attorney general when Jeffrey Rosen, who was in the role from December 2020 to January 2021, refused to involve the DOJ in efforts to overturn the election.

Trump has also been attempting to apply this argument to documents sought by the committee. Earlier in October, as Politico reported at the time, Trump attempted to block 45 specific documents from the committee, citing “executive and other privileges, including but not limited to the presidential communications, deliberative process, and attorney-client privileges” in a letter to national archivist David Ferriero.

Trump’s letter is not an official invocation of executive privilege, as PBS NewsHour’s Yamiche Alcindor points out. In these cases, the sitting president — Biden — has the final say over whether the privilege should apply, unless the courts say differently.

The Biden administration blocked that request, with White House counsel Dana Remus writing to Ferriero that “President Biden has determined that an assertion of executive privilege is not in the best interests of the United States, and therefore is not justified as to any of the documents.”

As the AP reported last week, Trump does plan to challenge Biden’s decision in court, and it could go in his favor — other former presidents have been able to exercise executive privilege.

However, given the extraordinary nature of the January 6 riots, the norm of confidentiality, which covers former presidents’ records for five years following their term, may be subverted, as it was during Watergate and after the terrorist attacks of September 11.

That won’t stop Trump from attempting to use the same defense to shield other documents from the committee; he has indicated that he will try to protect much of the information they subpoena by invoking executive privilege.

It’s unclear whether Trump actually has any grounds to claim that privilege, particularly when it comes to his communications with Bannon. Trump is no longer president, and Bannon was acting as a private citizen and not an official White House adviser during the period the committee is investigating.

Specifically, as University of Kentucky law professor Jonathan Shaub wrote for Lawfare last month, Trump can’t actually compel anyone to withhold information from the committee; Bannon and other former officials are private citizens now, and the Trump administration has no legal authority over any documents or knowledge in their possession.

“It’s open contempt of a subpoena without an apparent basis,” Robbins said.

The actual validity of Trump’s arguments, though, might have less bearing on events than their ability to slow down the process.

“Really what Trump is trying to do, he’s trying to run out the clock on the January 6 select committee,” Punchbowl News co-founder John Bresnahan told MSNBC’s Jonathan Capehart on Sunday. “And they need to move as quickly as they can on this.”

“The question is really what Trump is trying to do, he’s trying to run out the clock on the January 6th select committee. And they need to move as quickly as they can on this,” @bresreports says of the Jan. 6 investigation. #SundayShow pic.twitter.com/AWAZDkMBe0

Trump’s behavior shows why the January 6 investigation is critical

Trump’s attempts to stymie the January 6 investigation underscore exactly why the committee’s efforts are so crucial. Months after Biden took office, Trump and his allies are still using the same tactics that led up to the insurrection to try and propel him back to power.

At a recent rally in Richmond, Virginia, for example, Trump persisted in claiming that the 2020 election was “stolen” from him, the AP reports. Attendees also pledged allegiance to a flag that was reportedly carried at the January 6 Trump rally that preceded the attack on the Capitol.

This month, Trump also recorded a birthday message for Ashli Babbitt, who was shot and killed attempting to storm the Capitol on January 6.

“Together we grieve her terrible loss. There was no reason Ashli should have lost her life that day,” Trump said in the video, which was played at a gathering of Babbitt’s friends and family last week. “We must all demand justice for Ashli and her family.”

In the video, Trump also called for the DOJ to reopen an investigation into her death; the department declined to bring charges against the officer who shot Babbitt as she climbed over a barricade near the House chambers during the attack.

As the tempo of Trump’s ongoing rhetoric demonstrates — as recently as Friday, he was calling for 2020 election results in Arizona’s second-most populous county to be decertified — neither he nor his allies intend to stop amplifying the kind of lies that led to the January 6 riot.

And lawmakers say that is the reason the January 6 committee’s work, including in securing testimony from former Trump officials, is so important: to establish the truth of what actually happened before, during, and after the attack.

“This is about the 10-year argument,” Kinzinger told Tapper on Sunday. “What are our kids going to think when they read the history books? Who’s going to win that argument? And I’ve always believed since I’ve been a kid in Sunday school that truth needs to win out.”

Will you support Vox’s explanatory journalism?

An informed electorate is essential to a functioning democracy. Vox aims to provide clear, concise information that helps people understand the the issues and policy that affects their lives — and it’s never been more vital than today. But our distinctive explanatory journalism is expensive. Support from our readers helps us keep our work free for everyone. If you have already made a financial contribution to Vox, thank you. If not, please consider making a contribution today from as little as $3. 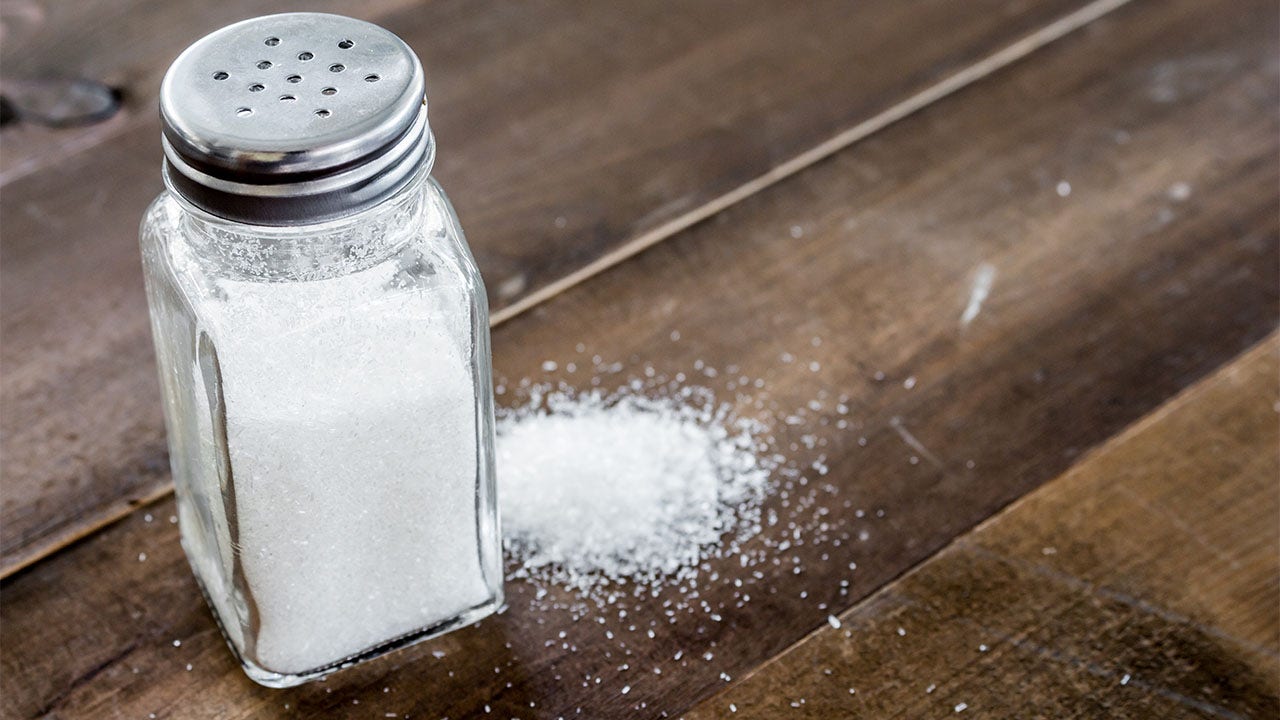