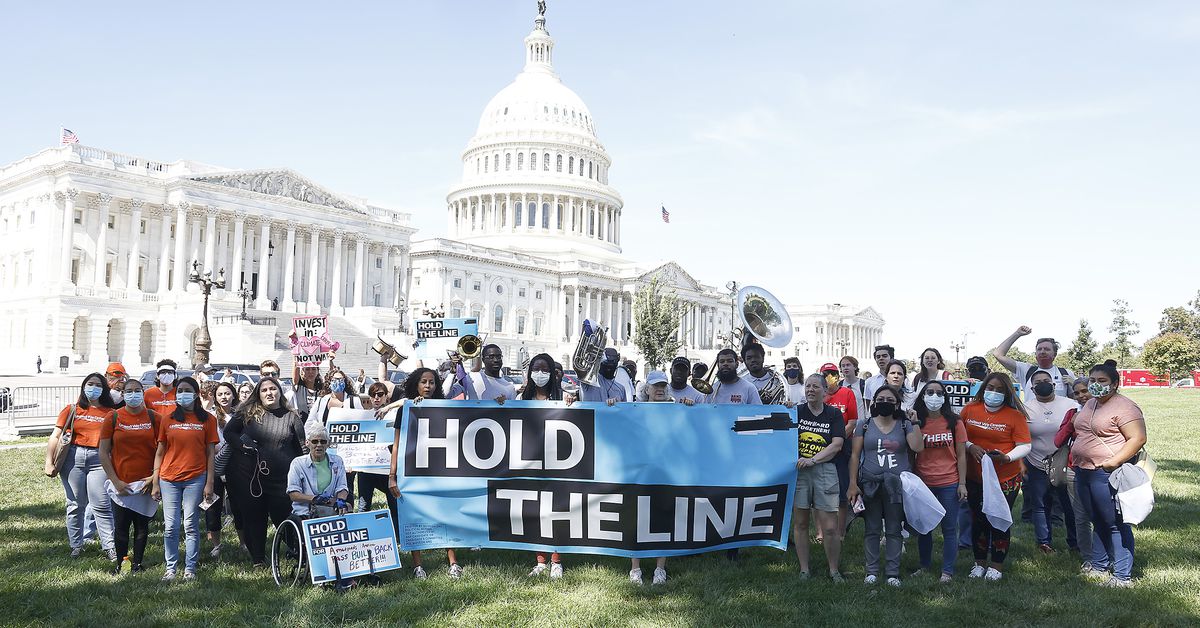 As debate over Democrats’ Build Back Better Act has intensified, the $3.5 trillion social spending bill has remained strikingly popular in polls. That may be both a blessing and a curse for lawmakers because it’s now clear that the bill will need to shrink to pass. And like Congress, Americans don’t all agree on which of its big-ticket items are most important.

But at least one thing seems clear from public surveys: People want to pay for the bill by taxing the rich.

A Vox and Data for Progress poll, conducted October 8-12, found that 71 percent of voters support raising taxes on the wealthiest 2 percent of Americans to pay for the bill. Eighty-six percent of Democrats and 50 percent of Republicans backed the idea. Other tax provisions focused on the wealthy that could be included in the bill — such as tax increases on corporations and capital gains — found 65 percent or more support overall.

It’s less clear which priorities voters most want to spend that money on. When asked to choose the most and least important parts of the Build Back Better Act’s many policies, taxing the rich was most frequently cited as a top priority, with 13 percent of respondents choosing the measure. (The poll surveyed 1,224 likely voters and had a sampling margin of error of plus or minus 3 percentage points.)

Expanding Medicare benefits to cover dental, vision, and hearing also showed strong support, with 12 percent of respondents ranking it the highest priority, and another 12 percent picked policies to increase access to long-term care for older adults and people with disabilities. Republicans were especially supportive of the provisions for health care and long-term care for older adults, compared to Democrats, who most frequently cited the tax increases and clean-energy measures as top priorities.

Democrats face tough choices in keeping a promise of “transformative” policies in the Build Back Better Act: Do programs need to be made permanent, increasing their price tag? Should funding child care or prekindergarten win out over expanding Medicare benefits? How fast must the country move to cut fossil fuels and fight climate change?

This is Democrats’ first chance in years at crafting major legislation not directly tied to the pandemic — and given the electoral map’s skew toward Republicans, it could be their last for another decade.

The popularity of the Build Back Better Act so far may or may not make it easier for lawmakers to get the bill over the finish line. In the Vox/Data for Progress poll, voters were presented with arguments for and against removing a particular provision to reduce costs, such as Medicare benefits expansion or clean-energy policy. Only about a third of voters or fewer supported the cuts. And respondents showed a diversity of opinion on what’s most important in the bill.

That likely reflects the fact that Democrats’ big bill touches on important issues for people at various stages of life, said Ethan Winter, a senior analyst for Data for Progress.

Winter noted that a policy like free prekindergarten would be especially favored by a young parent, while expanding Medicare benefits appeals more to older adults — who make up a larger swath of the electorate. The somewhat stronger support for tax increases on the wealthy and spending on care for older adults suggests those ideas are a core appeal of Democratic politics, for both the party’s base and swing voters.

“People elect Democrats because they will raise taxes on the rich to do modest economic redistribution, and [policies] for seniors are always very popular,” Winter said.

Polls have shown solid majority support for most pieces of the bill as standalone policies. (The child tax credit expansion has seen majority approval but seems to fare worse in polling when voters are explicitly asked about making the expansion permanent.)

The bill’s popularity could shift as Americans learn more about it and are exposed to partisan messaging; an October CBS News poll found that few Americans say they know much about what’s in the bill, and only a third think it will affect them directly, despite many provisions focused on helping middle- and lower-income families.

And there’s a potential warning sign for Democrats in a new Gallup poll: In a September survey, 52 percent of voters said the government is doing too many things that should be left to individuals and businesses — basically returning to the average level surveyed in the past decade. In 2020, as the pandemic pummeled Americans and the economy, 54 percent of voters said they wanted the government to do more.

On climate issues, 57 percent of voters in the Vox/Data for Progress poll said tax credits for electric cars in the Build Back Better plan would make them more likely to purchase one.

Sixty-three percent of voters expressed support for the clean electricity program, a key component of the bill’s climate crisis strategy that now appears in danger of being scrapped or significantly cut back. When asked about removing this provision of the bill after hearing arguments for and against government intervention in the energy industry, 53 percent of voters wanted to keep the clean electricity plan, and 36 percent wanted to remove it.

Democrats’ bill is popular. So why are they shrinking it?

Americans largely seem to like the Build Back Better Act. Most don’t seem fazed by the $3.5 trillion price tag. The strong support for tax increases on the rich — after big tax breaks for the wealthy and corporations under President Donald Trump — suggests skeptical centrist Democrats may have other concerns in backing cuts to the bill.

The precariousness of the bill largely comes down to Democrats’ very thin majorities in the House and Senate. That gives Joe Manchin, a senator from a Trump-voting coal state, the power to dictate demands on climate provisions as well as the overall size of the bill.

It also means another centrist senator, Kyrsten Sinema, is a key figure in the negotiations, even though it’s not totally clear what she wants in the bill — and she left this week for Europe on a fundraising tour. (While Manchin’s approval in his home state of West Virginia has remained fairly steady overall, Sinema’s resistance to the legislation has caused her approval rating to plummet among Democrats and prompt stirrings of a primary challenge in Arizona, a state more evenly split between Republicans and Democrats.)

Manchin, Sinema, and other moderate Democrats have sometimes appeared at odds with each other on tax increases and how to pay for the bill, making things even more complicated.

At New York magazine, Eric Levitz chalks pushback by some House Democrats up to America’s skewed representation in Congress and the decline of labor as a lobbying force. Plus, perhaps, old-fashioned stubbornness: Many Democrats in Congress came of political age in the era of Bill Clinton, deficit reduction, and welfare reform. “I think that’s why we can’t have ($3.5 trillion worth of) nice things: Labor is weak, Congress is malapportioned, and some old rich Democrats have annoying beliefs,” Levitz wrote.

No matter what happens with the Build Back Better Act, it won’t end debates around what pursuing popular policies really means. Even if the final bill is embraced by the public, it might not lead Democrats to electoral victory, either.

But if Democrats are just looking for legislation that most Americans want, taxing the rich to pay for policies that help families, seniors, and the planet seems like a safe bet so far.

Update, October 16, 9:40 am: This story has been updated to reflect news that the Build Back Better Act’s clean electricity program may be cut, and to include a new Gallup poll on the role of government.

Will you support Vox’s explanatory journalism?

An informed electorate is essential to a functioning democracy. Vox aims to provide clear, concise information that helps people understand the the issues and policy that affects their lives — and it’s never been more vital than today. But our distinctive explanatory journalism is expensive. Support from our readers helps us keep our work free for everyone. If you have already made a financial contribution to Vox, thank you. If not, please consider making a contribution today from as little as $3. 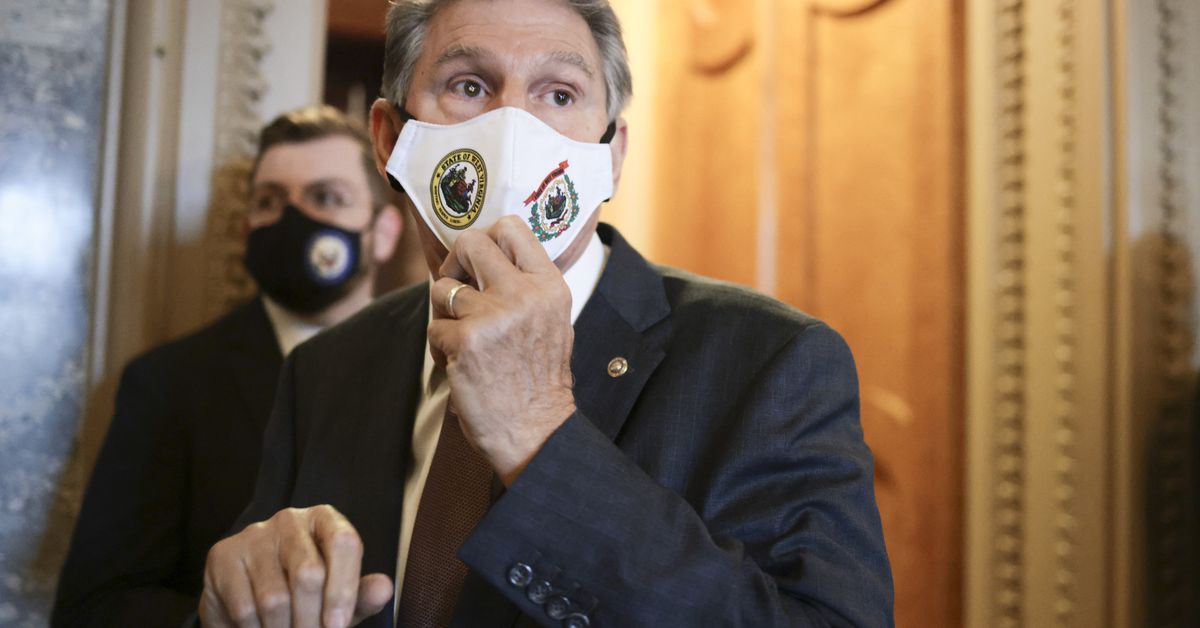 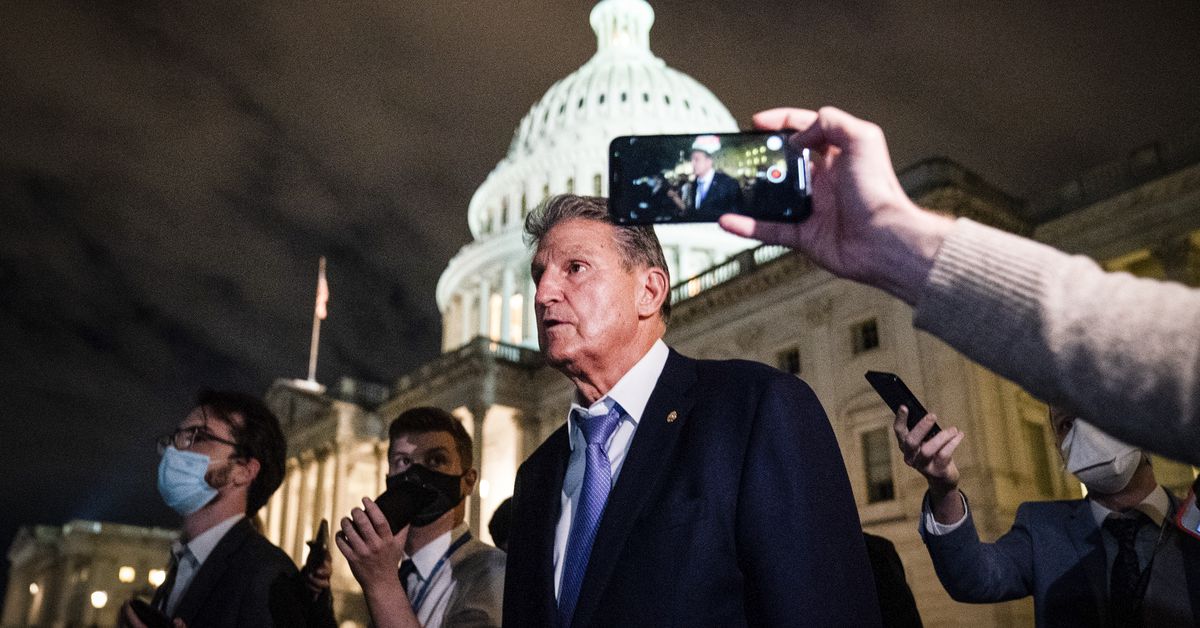