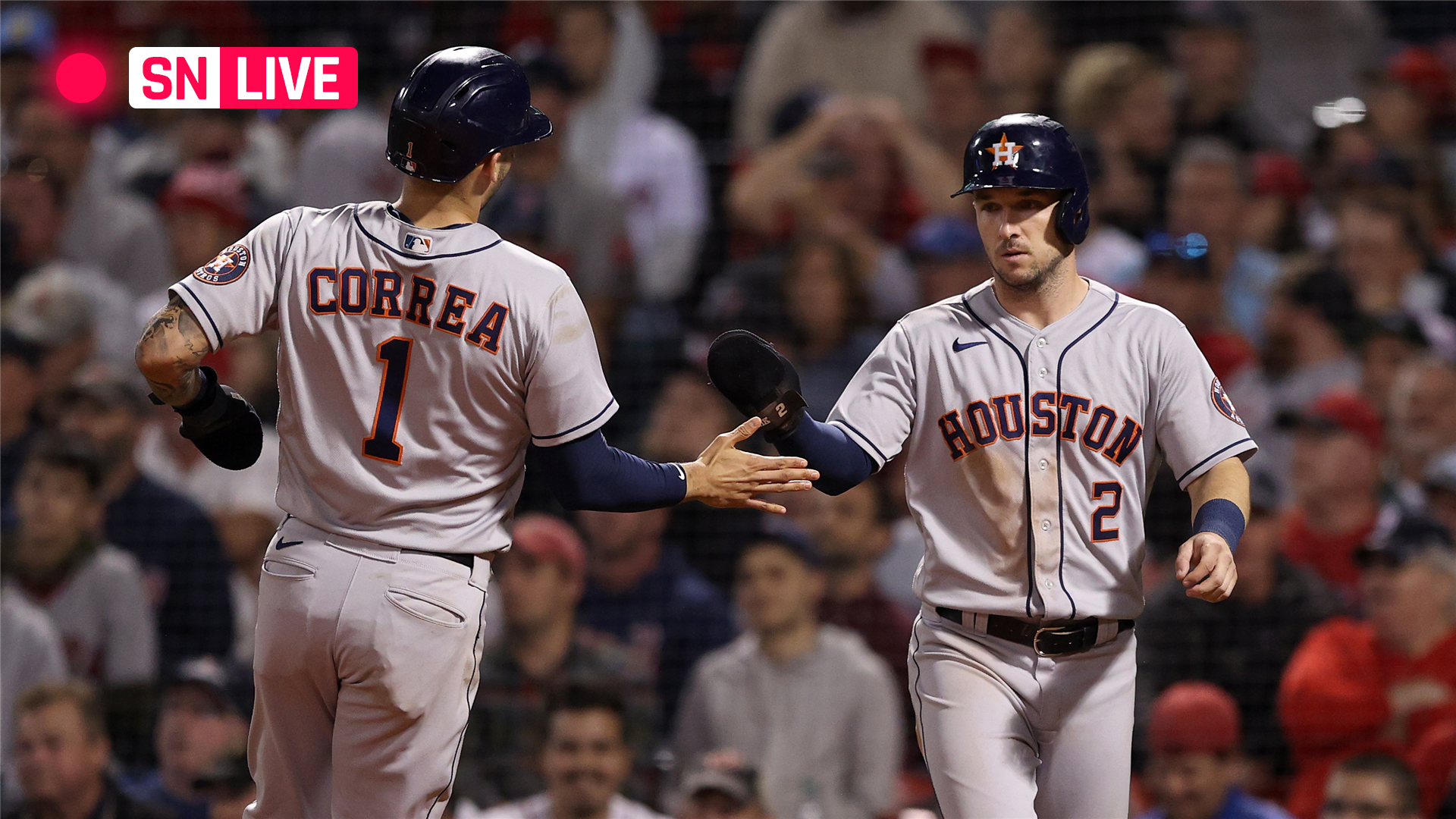 After falling a game short of making the World Series last year, the Astros have a chance to make it there this year as Game 6 of the ALCS gets underway on Friday.

The Astros seem to have the momentum heading into the game; they’ve won two in a row and put up nine runs in both games. They were also helped by strong pitching performances, specifically by Framber Valdez in Game 5. He threw eight innings of one-run ball, giving up three hits and striking out five.

In Game 6, it will be Luis Garcia on the mound for the Astros and Nathan Eovaldi for the Red Sox in a rematch of Game 2, which Boston won 9-5. Both pitchers struggled in their most recent outings, however.

Garcia lasted just one inning in Game 2, giving up five earned runs on two hits and three walks, including a grand slam to J.D. Martinez. He hasn’t pitched since then. Eovaldi saw action in Game 4 on Tuesday.

After pitching well in Game 2 and earning the win (5 1/3 innings, three earned runs), he took the loss in Game 4 when he lasted just two-thirds of an inning in relief and gave up four earned runs on two hits and two walks. Eovaldi claimed he fell victim to bad umpiring by Laz Diaz behind the plate, and that that was part of the reason the Astros were able to mount a comeback capped by a seven-run ninth inning.

The Astros are hoping for a bounceback from Garcia as they try to earn the franchise’s first World Series berth since 2017 and manager Dusty Baker’s first since 2002. The Red Sox, meanwhile, are looking for Eovaldi to return to Game 2 form and tie the series 3-3 to force a decisive Game 7.

Sporting News is tracking the live score, updates and highlights throughout Game 6 of the American League Championship Series. at Minute Maid Park in Houston. Follow below for complete coverage.

8:24 p.m.: Alex Bregman takes a 1-0 slider and drives it left field for a single and the first hit of the game. Two outs in the bottom of the first with Yordan Alavarez up.

8:22 p.m.: Altuve swings at the first pitch and grounds It to Christian Arroyo who’s there for an easy out.

Top of the first

8:18 p.m.: Bogaerts grounds out to Bregman on a one-hopper and he makes the easy throw to first for the third and final out. Astros due up now in the bottom of the first

8:16 p.m.: Schwarber advances to third on a flyout to center field after a nice tag up. Brings up Xander Bogaerts with two outs and a man on third.

8:11 p.m.: Altuve makes a nice diving play to save a hit by Kiké Hernandez and throws him out at first from his knees. Schwarber advances to second.

8:10 p.m.: Schwarber strikes out on a breaking ball in the dirt, but it’s a wild pitch that Martin Maldonado can’t hang on to. Schwarber hustles down to first and it gives the Red Sox their first baserunner of the game.

8:09 p.m.: Kyle Schwarber will lead things off for Boston against Luis Garcia. According to Fox’s Ken Rosenthal, Garcia will have a short leash tonight and it could be a bullpen game for the Astros.

What channel is Astros vs. Red Sox on today?

Fox will continue its coverage of the American League postseason with the airing of ALCS Game 6. Joe Buck will be calling play-by-play with John Smoltz and Jeff Francoeur providing analysis. Tom Verducci and Ken Rosenthal will be the field reporters.

Those hoping to stream the game can find it on the Fox Sports app or on fuboTV, which offers a 7-day free trial.

In Canada, all postseason games are available on Sportsnet and SN1.

TBS will handle the broadcast for all NLDS games in both series.

TBS will continue its National League playoff coverage with coverage of every NLCS game.

MLB Network and FS1 will carry all the ALDS games, until potential Game 5s, which would be broadcast exclusively on FS1.

Fox and FS1 will split coverage of the ALCS.

Every World Series game will be on Fox.